They go very deep into the world’s oceans. They’re still – in my mind – beyond belief as one wonders how do so many tons of steel actually float. Some can even hide – yes, hide! – in the depths of Davy Jones Locker for months on end without coming up for air. If you have even half of one per cent feelings of claustrophobia, they’re not for you, EVER! 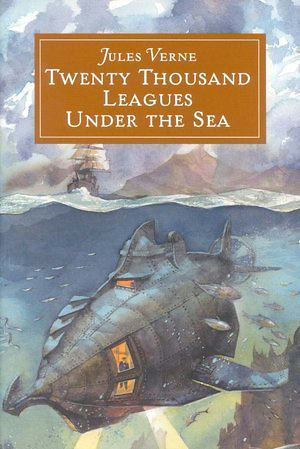 They’re submarines, and growing up in England with its seagoing history, I was captivated by these miracles of engineering and technical brilliance. My childhood fascination was fueled in part by reading the must-see-the-next-page in the 1871 Jules Verne classic, 20,000 Leagues Under The Sea, book. Featuring a submarine type mechanical monster deep below the surface, it was excitement personified for a 10 year old. However, there was little likelihood of my seeing a genuine submarine in London.

Soar many decades into the future, and my life as an airline PR executive and later travel journalist, when I got to see the world and its many wonders above the ground and, under the wave tops. For a striking example of what a 21st century submarine represents, there’s no better illustration than the statistics of an American OHIO class submarine. Weighing in at nearly seventeen thousand tons, and a length of 560 feet, along with a crew of 15 officers and 140 (!) enlisted men, it staggers the imagination that something so vast, so big and with so many crew members on board, can whoosh through undersea waters, at 25 knots or 29 mph! Incredible.

All of this is even more astonishing when you contrast today’s subs, their crew size, weight and overall technical knowledge, and those from World War Two when an American GATO class sub checked in at 1,525 tons; had 6 officers and 54 enlisted men; it could traverse its undersea missions at only 9 knots, with what is called an “Endurance” of just 75 days – startling when you remember that the OHIO class subs have an Endurance that’s limited ONLY by the amount of food supplies they can take on board. In short, almost endless.

It’s an interesting insight into what people think, when you ask someone who knows about, or remembers, WW2. “What are the images that you think about when the war at sea is mentioned.” The answer heard most often is German U-Boats. During the war U–boats sank about 2,779 ships for a total of 14.1 million tons GRT. This figure is roughly 70% of all allied shipping losses in all theatres of the war and to all hostile action. The most successful year was 1942 when over 6 million tons of shipping were sunk in the Atlantic.

Of all the amazing sights I’ve seen around the world, one of the most intriguing was when I visited Kiel in Germany to see up close and more personal than I’d ever imagined, U-Boat 995. Located 56 miles from Hamburg, Germany, Kiel has been one of the traditional homes of the German Navy and, in WW2, it was one of the key ports for U-Boats. I wanted to visit THIS German city because I knew (back in the 1980s) it was the only location in Europe where one could see a real WW2 Nazi U-Boat.

U995 is a Type V11C/41 U-boat of Nazi Germany’s Kriegsmarine, launched 22nd July 1943. During her brief career, she sank six ships totaling nine thousand, four hundred and seventy tons of Allied shipping.  She was captured – and surrendered – to the British in Trondheim, Norway in May, 1945, and was transferred to Norwegian ownership in 1948. In 1965 the Norwegians got rid of her, and sold her – are you ready for this – to Germany for ONE Deutschemark! Or about a buck!

Given the history – famous and infamous – of German U-boats in WW2, the Germans’ decided to make a museum for her in the Laboe Naval Memorial in Kiel. So in October 1971 German U-Boat 995 found a permanent home. Small by today’s standards, she had a crew of between 45 and 52 officers and ratings. Maximum voyage endurance was about eight thousand miles. To try and escape the bombing and depth charges of British and American ships sent out to hunt her – and other Kriegsmarine subs – she could dive to a depth of 750 feet.

By war’s end, 630 U-boats had been sunk by the Allies, with 81 additional U-boats sent to the bottom of Davy Jones Locker by mines. Being on a U-boat tended to be a very “Life Shortening” existence – the number of men who served on U-boats was 40,000, and 30,000 of that number never returned. If U-boats are YOUR thing, go to www.uboat.net – It’s absolutely riveting. Before I close out my Traveling Boy feature for August, let me share one final comment. Much as subs fascinate and intrigue me, I cannot possibly go on or in one. I’m far, FAR too claustrophobic.