The Vice Presidential debate renewed my faith in the American democratic system because the VP candidates kept their cool despite the hostile atmosphere. As expected, there was no clear winner but I think everyone will agree that the number one talking point was the black fly that landed and lingered on VP Mike Pence’s white hair.

In a place that was supposed to be immaculately disinfected, here comes a germ-carrying fly thumbing its antlers at 50 million viewers — declaring that insects and bacteria rule the world. They will always find a way to come in.

Someone recently sent me an email — a “true story” about a piano teacher and a lazy student named Robby who miraculously played a difficult musical piece during a recital because (this time) he played for his recently departed mother. The email’s author manipulated her readers to tears and coerced the sharing of her article. I remembered seeing that fake email years ago and deleted it.

Days later, that same email came back to me several times and from different unrelated groups of people. I had to put a stop to it. So I did a little research and sure enough, this fake email started back in 2001. Nineteen years later and this fake yarn was being spread anew. I exposed the silliness to the people who sent that email. I hope it stopped the spread.

This is a great illustration of the Covid 19 pandemic. Even if that virus is seemingly eradicated  all over the world, it only takes one infected person to recycle the disease.

My message isn’t “doom and gloom go lock yourself in your room.” Rather, it is acceptance of a new lifestyle. The human race has faced innumerable health challenges. This is just one of them. We will adjust and (if the people who accept this plan accordingly) they will be ahead of the pack.

Be safe, be healthy, and remember: you need NOT go through this alone because someone up there loves you more than you know. TGIF people!

{During the last supper, Jesus, knew that it would be mere hours until the soldiers would come and inflict unbearable suffering, yet he wasn’t thinking of himself but of the apostles and he gave them this assurance that someone will be there to help them through their challenges:]  “Peace I leave with you; my peace I give you. I do not give to you as the world gives. Do not let your hearts be troubled and do not be afraid.“  — John 14:27

Thanks to Peter Paul of South Pasadena, CA  for sharing this joke.

Thanks to to Jackie of Whittier, CA
You’re gonna love this couple who apparently have nothing better to do than this.

Thanks to Naomi of N Hollywood, CA
The husband cockatoo loves Elvis, but his wife?… Neh!

Video: How to Pronounce Auto Brands

Thanks to Ed of Makati. Philippines. 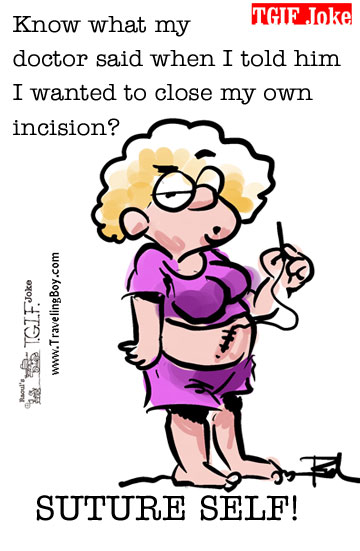 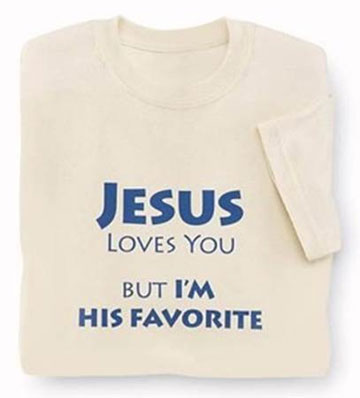 Thanks to Nani of San Juan, Philippines (click on picture to watch the Rick Astley MTV). 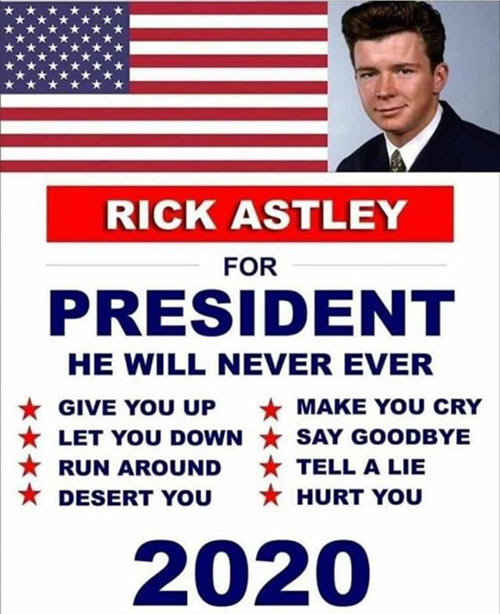 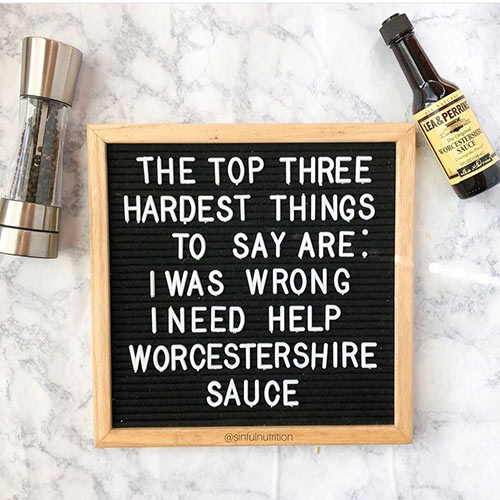