Thank you all for your feedback last week. As expected, quite a few of you did not agree with my controversial suggestion to open businesses from the lockdown this early in the game (I posted some feedback on the Traveling Boy website). Actually, I’m not too sure myself. My real purpose was to let us start thinking with a more balanced viewpoint.

The great philosopher, Chicken Little, was walking around the hen house one day when a malicious fox threw an acorn on her head. “My goodness!” she excalimed looking up, “the sky is falling!” She runs to her friends and warns them of their impending doom. One opinionated animal after another hypothesize the logic of the sky falling. The gullible masses parrot opposing world views. Soon the hen house turns into a panic room. They rush out of the hen house and into the fox’s trap.

Ever since the pandemic started, we’ve listened to opposing arguments from fact claiming experts on both sides. There’s a whole lot of blame shifting and conspiracy theories going on. So who’s telling the truth? Only time (if we have enough of it) will tell. Before we rush out of the realm of reason, may I suggest we observe the fox (the source) who threw the acorn in the first place? What’s that guy up to?

Whether the fox spread the disease with intentional malice or not, there is a game plan hidden by the powers that be. If we continue to panic, we would have already lost the battle. Why don’t we stop, turn down the volume and pray? We can maneuver out of the fox’s trap. He will never expect it. 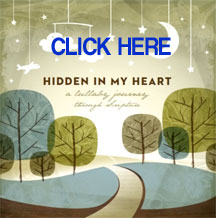 Is the sky falling or is it just a rumor? Who cares?! With God on our side … (or better still) when we are on God’s side … who can stand against us?

Keep safe and hold on to your faith. TGIF people!

Thanks to  Peter Paul of S Pasadena, for sharing this joke.

Thanks to Janet of Whittier, CA for this short meme.

Thanks Enrique for this video. A few days ago thousands of fish washed up on the beaches of Dipolog, a poor small town in the Southern part of the Philippines. Is there any doubt that God provides during this troubled times?

Thanks to J.J. of Manila who shared this video. Taiwan has only had 429 cases and 6 deaths, and business never stopped. What’s the secret?

Thanks to Vanessa of Hacienda Heights, CA for this dangerously entertaining clip of 2 aerial stuntmen. What would you choose? To be locked up but safe or to be free as a bird but living on the edge?

Thanks to Don of Kelowna, B.C.who loves puns. This isn’t really a pun but it’s close.

Thanks to Mario of Manila 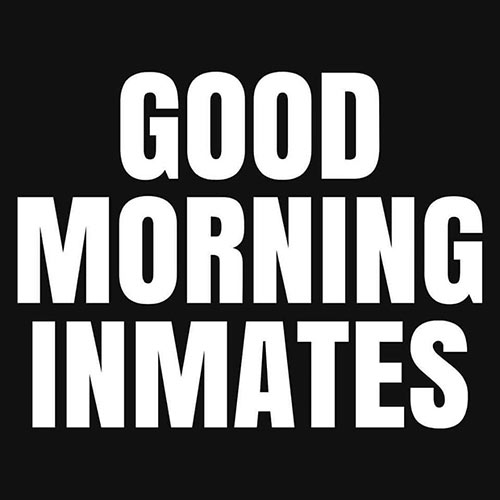 Thanks to Art of Sierra Madre, CA. Don’t be frightened. It’s just me! 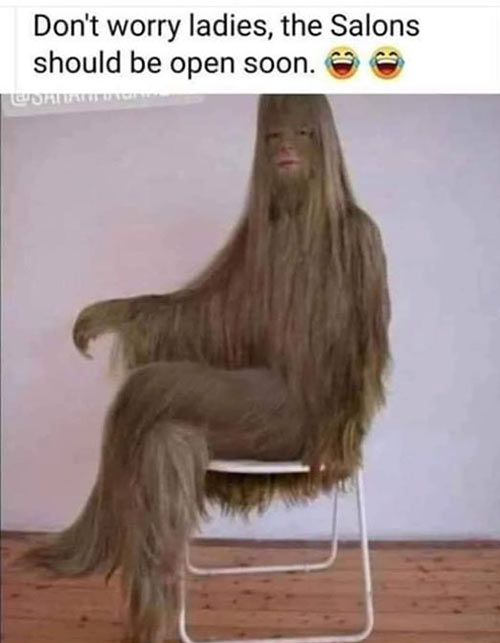 Finally, here’s one from Naomi of N Hollywood, CA. So, you really want to wait till it’s safe to go out? 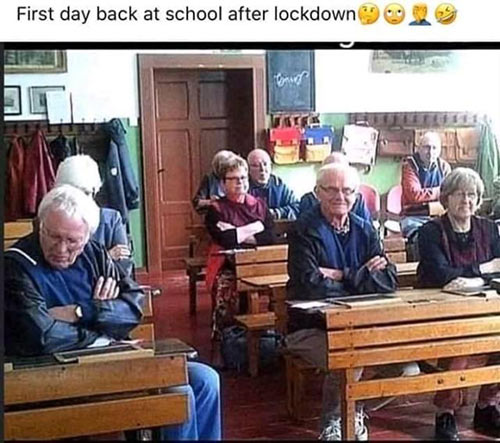