Before Washington, D.C. became the permanent capital of the United States in the early 19th century, eight other locales served as the temporary site of Congress, the promising young Republic’s legislative body, including Annapolis, MD. 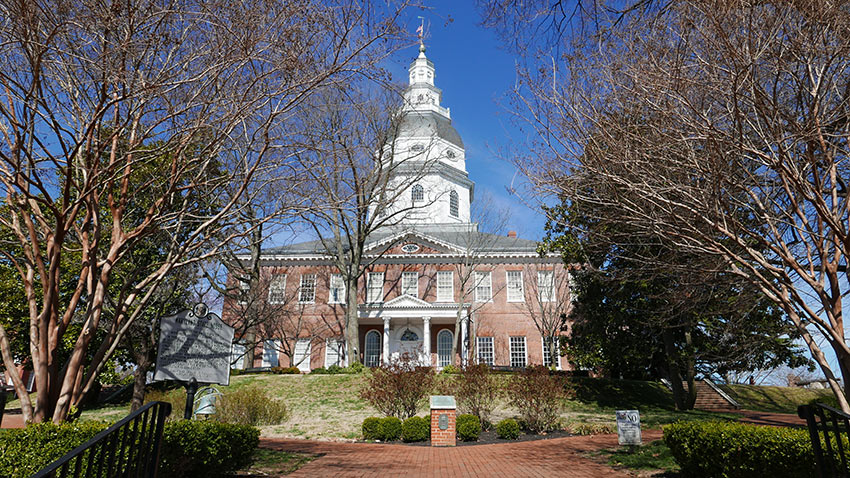 Beneath the leaky dome of the still unfinished Maryland State House, the nomadic Congress tended to business under candlelight and kept warm by a lone fireplace from November 26, 1783 until August 19, 1784. During that brief, ten-month period, Annapolis was witness to General George Washington’s resignation as Commander-in-Chief of the Continental Army and the ratification of the Treaty of Paris that officially ended the American Revolutionary War with Great Britain.

Just an easy, 40 min. drive up U.S Highway 50, Annapolis, aka Naptown, is the perfect day trip from the hustle, bustle and occasional filibuster of Washington D.C. Perched on Chesapeake Bay and embraced by the Severn River, she is a quintessential Colonial America port city.

Start your outing at the Visitor’s Center on North St. where Frederick, the official Town Crier decked out in traditional “Hear ye, hear ye!” garb, enthusiastically gives you the lay of the land, a few of his personal tips on what to see, do and where to eat, and a discovery map so you don’t get lost on his account. 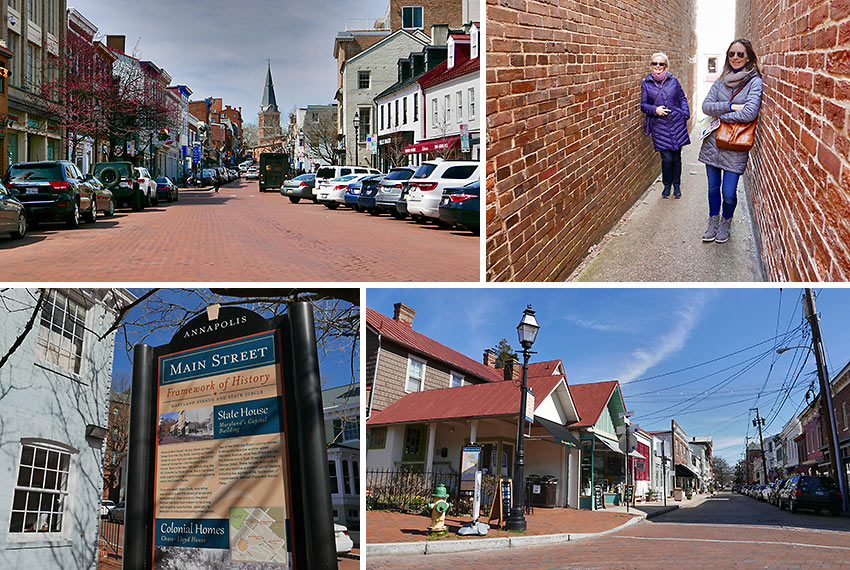 Steeped in history, Annapolis, home to the U.S. Naval Academy, is a charming city from the very first moment you wander along her narrow, brick-paved streets with names like King George, Prince George and Duke of Gloucester, and dotted with more 18th century brick buildings and row houses than any other city in the country. 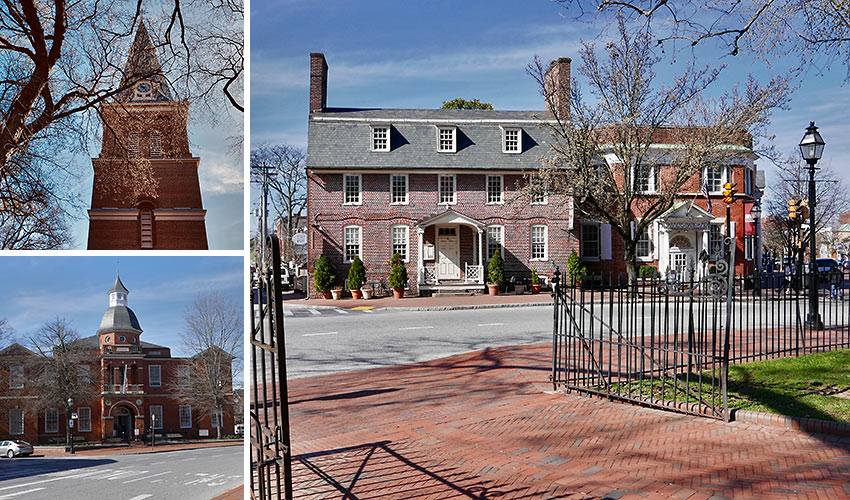 At Church Circle pay a visit inside St. Anne Parish, founded in 1692, then pass by a few of the aforementioned historic brick buildings, like Reynolds Tavern (now Pub 1747) and the County Court House, until you reach State Circle and America’s sixth temporary capital, the State House, a National Historic Landmark. 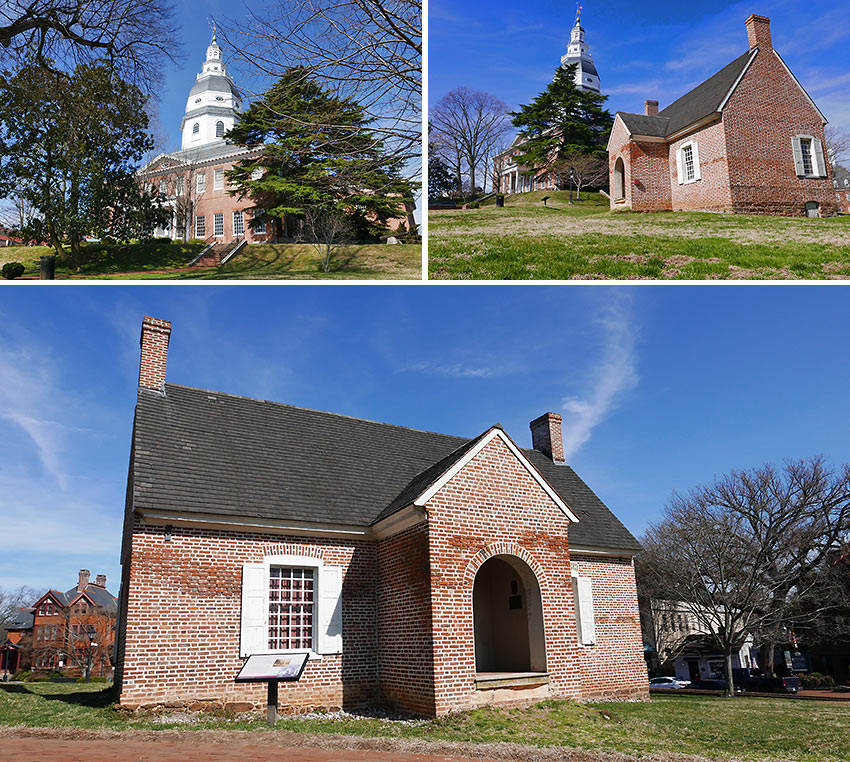 The oldest state capitol in continuous legislative use, show a photo ID then step inside to view a personal copy of General Washington’s resignation speech on display in the rotunda. And, right across the green from the State House, where locals stroll and chat and their dogs roam and sniff, is the Old Treasury Building, the oldest public building in Annapolis.

Historic Annapolis is a 21st century neighborhood with 18th century charm and it begins at the top of lively Main St. Meander down and admire four centuries of well-maintained architecture now occupied by dozens of locally-owned fashion boutiques and specialty gift shops nestled in between art galleries, historic inns, pubs and restaurants.

Cross over Market Space into City Dock, where the brick pavement gives way to water’s edge and where the Kunta Kinte-Alex Haley Memorial stands. It was here that the slave ship Lord Ligonier cleared customs on September 29th, 1767 and unloaded its cargo of 98 African survivors of the treacherous Middle Passage voyage from the Gambia River only to be sold into servitude shortly thereafter. One of those survivors was Kunta Kinte, an ancestor of author Alex Haley and the inspiration for his novel, Roots. 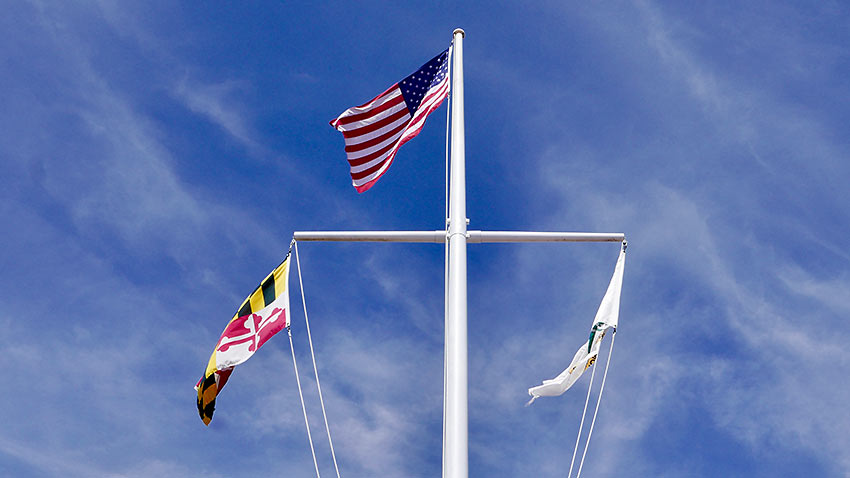 Known as “America’s Sailing Capital,” you cannot visit Annapolis without taking a short voyage around Chesapeake Bay, the largest estuary in the U.S.

At the end of the pier at City Dock, under the bright red Watermark Tours umbrella, purchase a ticket – no reservations required as walk-ups are welcome – then hop aboard Naptown’s iconic Harbor Queen for a narrated cruise of historic Annapolis Harbor, along the banks of the U.S. Naval Academy and out to the twin Bay Bridges. 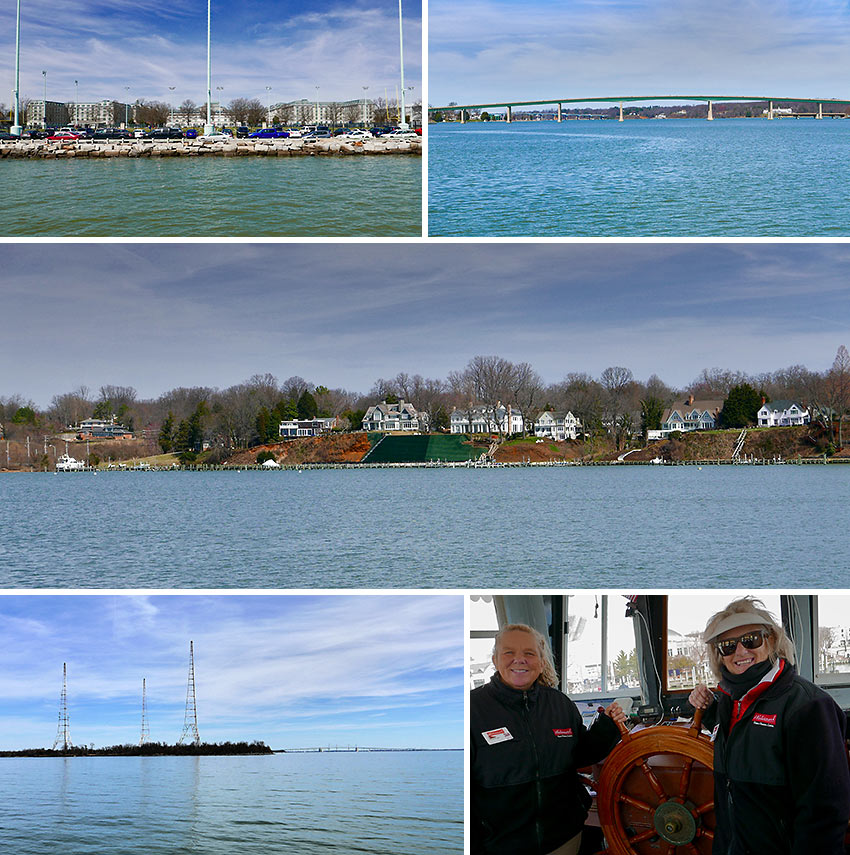 Grab a beverage of your choice at the full-service bar then go topside to enjoy the fresh sea breezes and fab panoramas during this memorable 40-minute cruise. It’s the perfect introduction to Annapolis and fun for the entire family.

Renowned throughout the Mid-Atlantic region as THE place to go for fresh seafood, like the prized Maryland Blue Crab, Annapolis lives up to its billing as “Crabtown on the Bay.” 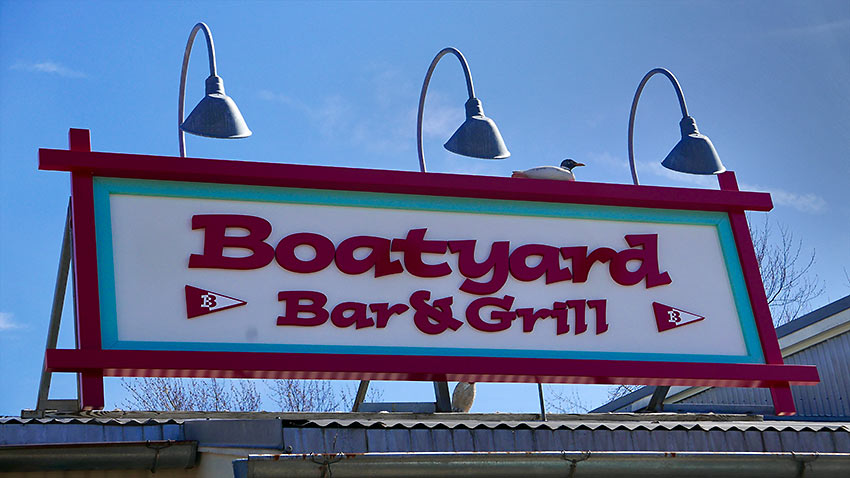 Head across or under the Spa Creek Bridge on foot, by car or aboard a water taxi to Eastport, the laid-back, maritime neighbor of Naptown, where boat makers, fishermen and sailors enjoy fresh “catch of the day” at local favorite Boatyard Bar & Grill (BB&G). 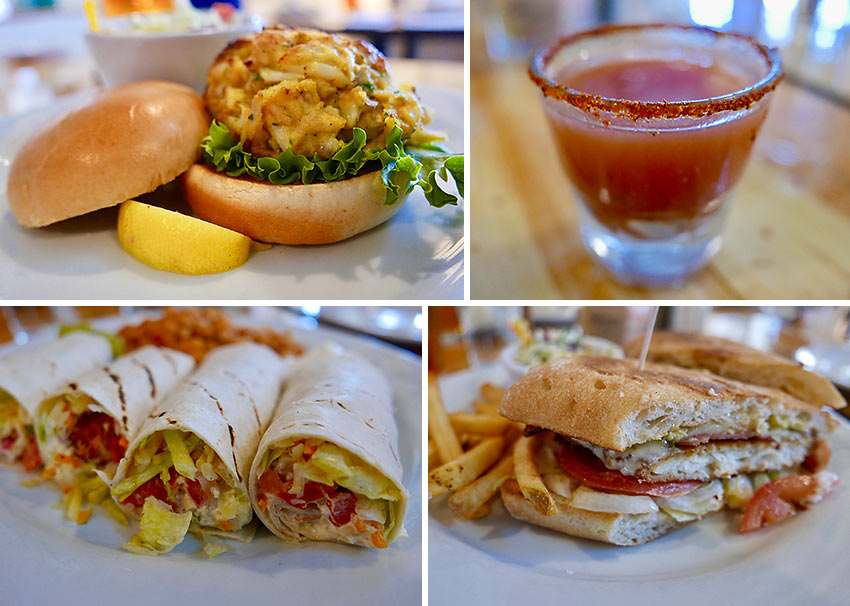 The BB&G’s “all killer, no filler” crab cakes are famous nationwide. An abundant raw bar serves a variety of the freshest mussels, shrimp and oysters – you’ve got to try an Oyster Mary shooter rimmed with Old Bay – along with a house-smoked catch-of-the-day, a flounder BLT, cod fish tacos, fish and chips and other seafood brought in daily from the Chesapeake.

Nautically themed with a big central bar, the BB&G is the perfect tonic to finish off your day trip to historic, charming and colonial Annapolis, the sixth temporary capital of the United States.