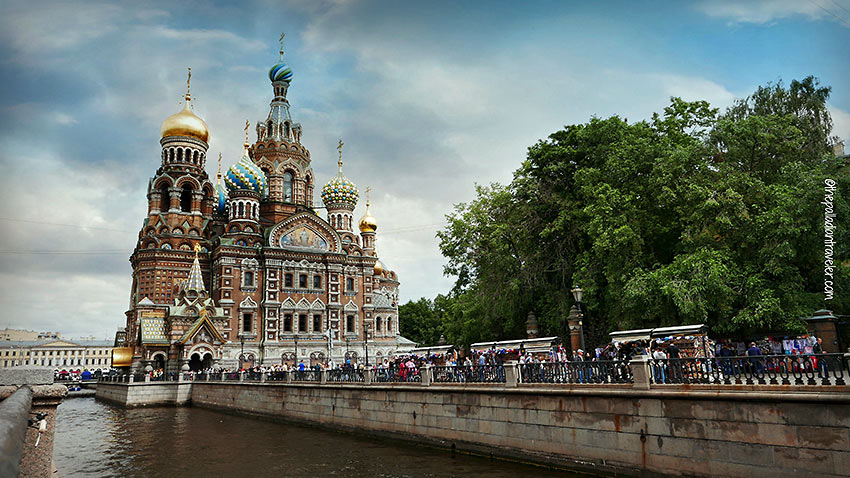 St. Petersburg is, without a doubt, one of the truly beautiful cities of the world. But this grand metropolis, embraced by water and accented by some 600 palaces, wasn’t always covered in gold. The city, in its infancy, was just a citadel, guarding the eastern shore of the Baltic Sea in the Bay of Finland against would-be invaders from its vantage point on a small island inhabited primarily by rabbits: Zayachy Ostrov (Hare Island). 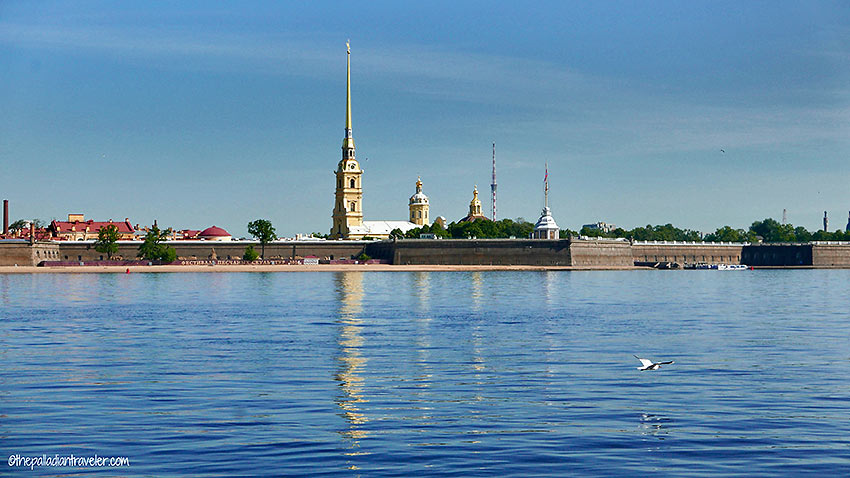 Together with 23 other guests, I’m being introduced to the largest country (land mass) on the planet via Insight Vacations‘ Easy Pace Russia journey on the very spot where, on May 27, 1703, Tsar Peter I put shovel to earth and began building St. Petersburg from scratch: Peter and Paul Fortress. 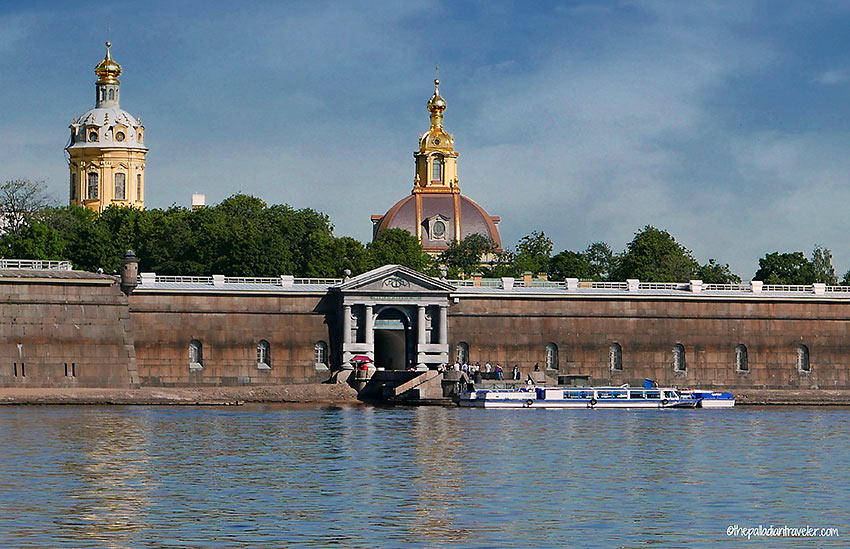 “It was here,” intones Gulya, Insight’s local expert, “that Peter the Great’s vision began to take shape culminating in a sprawling imperial city built atop 101 islands, connected by more than 400 bridges and intertwined by some 40 rivers and canals.” 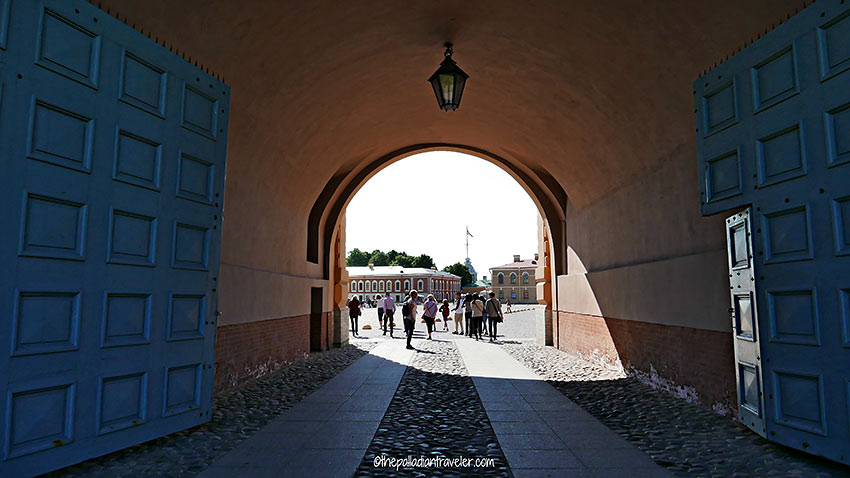 An optional experience on the Easy Pace Russia itinerary, one can’t really come to St. Petersburg and not visit this fortress. Standing proud along the banks of the Neva River Delta, the Peter and Paul Fortress is where the Russian Empire began, a reign that flourished then fell within the space of just 200 years. 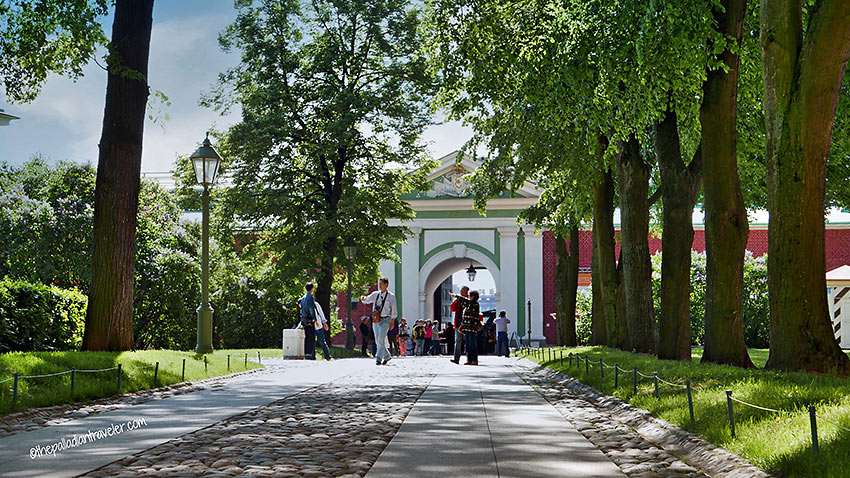 Originally built as a military stronghold to fend off invading forces, the ramparts were never battle tested. For this reason, from 1721 onwards, the Peter and Paul Fortress was used, among other things, as a high-security political prison for those that spoke ill of the empire. Among the list of famous Russians who were imprisoned here included Alexi, Peter the Great’s rebellious son, Dostoyevsky, Gorky and Trotsky. Parts of this notorious jail are now open to the public, but our party of 24 — nary one a dissident — have better things to do than explore dark, dingy isolation cells, right? 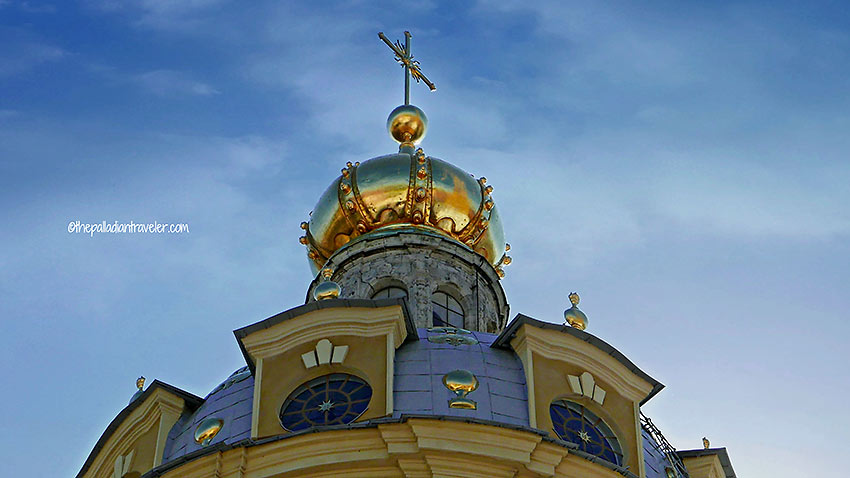 The main attraction of the fortress is its namesake cathedral where almost all of the emperors and empresses of the Romanov Dynasty have been laid to rest. Designed by Domenico Trezzini, the 18th century Italo-Swiss architect, Saints Peter and Paul Cathedral was the very first stone-built church in St. Petersburg.

Following Gulya’s lead, we pass through the electronic turnstile and into a piece of gilded history. Lens caps off, lets have a look around. 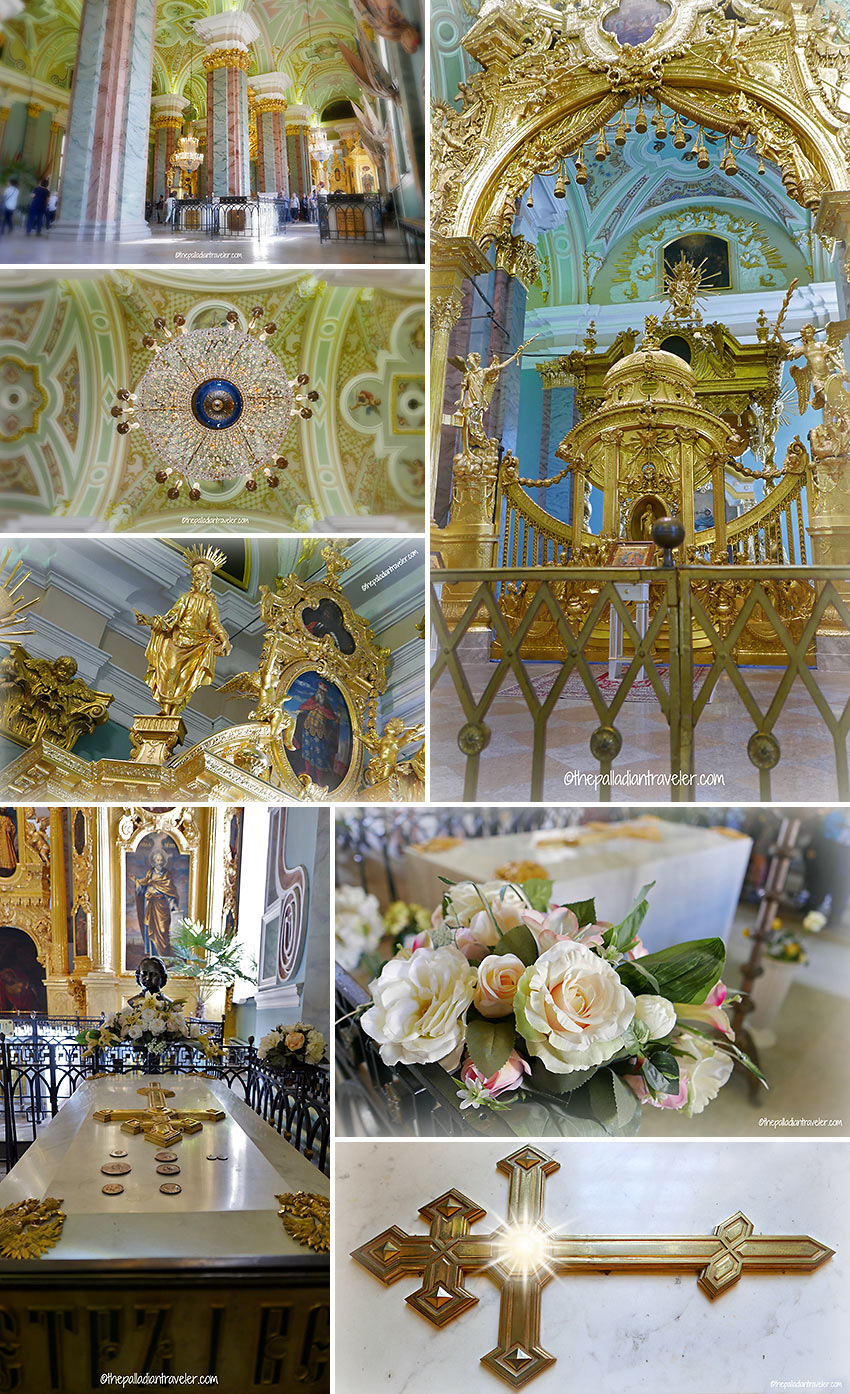 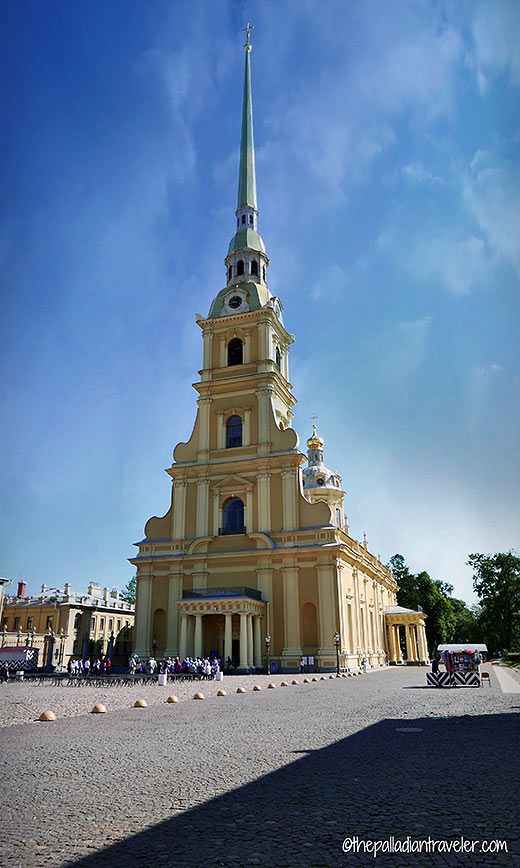 As our time on this former rabbit colony draws to a close, we head back outside to admire the cathedral’s exterior.

Saints Peter and Paul Cathedral boasts the tallest bell tower in the city center at 404 ft capped by an angelic weathervane. Gulya points out that, “During the reign of Peter the Great, the angel on top came loose and a serf climbed all the way up and repaired it.” She continues, “So grateful was Tsar Peter I that he immediately granted the serf his freedom and presented him with a gold cup that entitled the man to free drinks wherever he roamed for the rest of his life.” Pausing for effect, she concludes this historic footnote by telling us, “Unfortunately, the poor man died of alcoholism.”

Making our way to the Insight motor coach, we take our final look around the grounds of this six-sided bastion: the City History Museum, the Mint — the only one in Russia producing coins — the Boat House, the Carriage House, and a monument dedicated to the island’s original inhabitants, who just happen to be in a good mood and ham it up with our tour mascot, one gregarious, ten-year-old Aussie boy from Sydney. 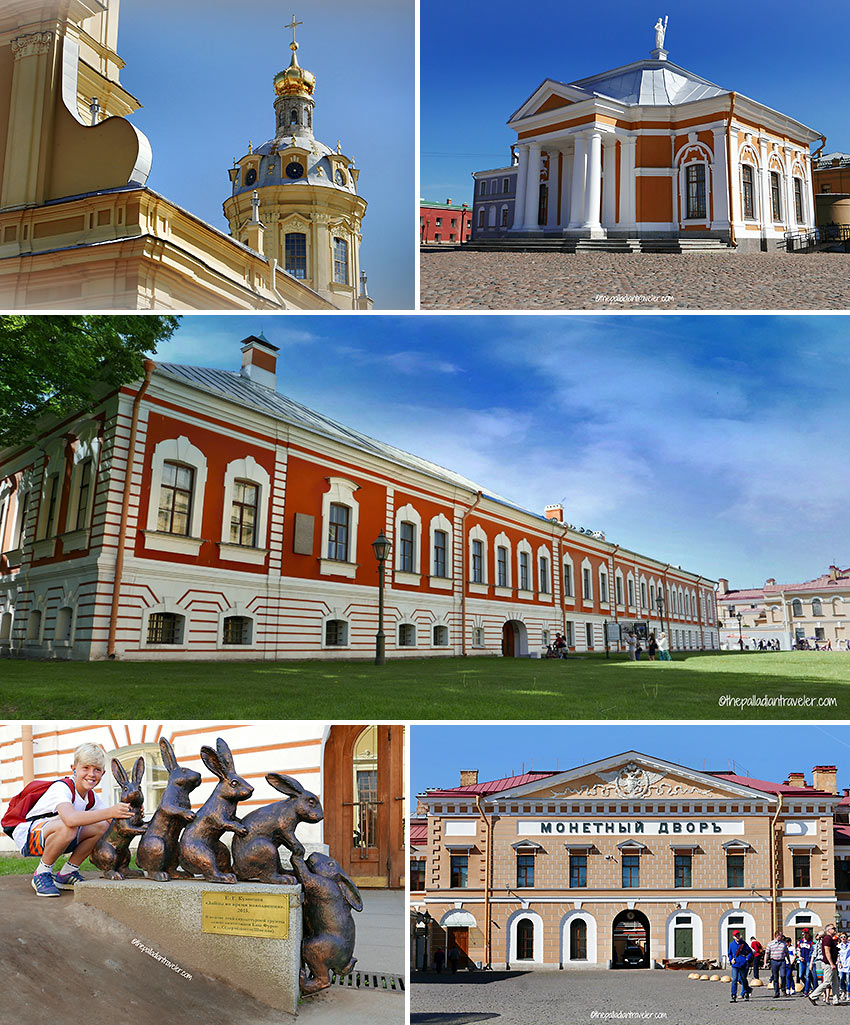 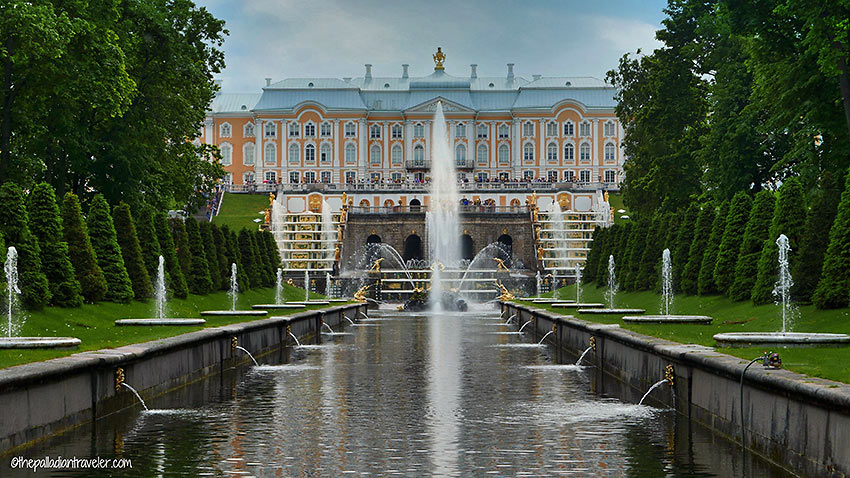 Join me right after lunch when we’ll hop aboard a hydrofoil and head to Peterhof, the imperial residence known as The Russian Versailles, located just a few nautical miles outside of St. Petersburg.