This installment of Three Things is courtesy of Hamburg Tourist Information

1. Question: What are the fun “things” or activities that people in Hamburg do for fun? 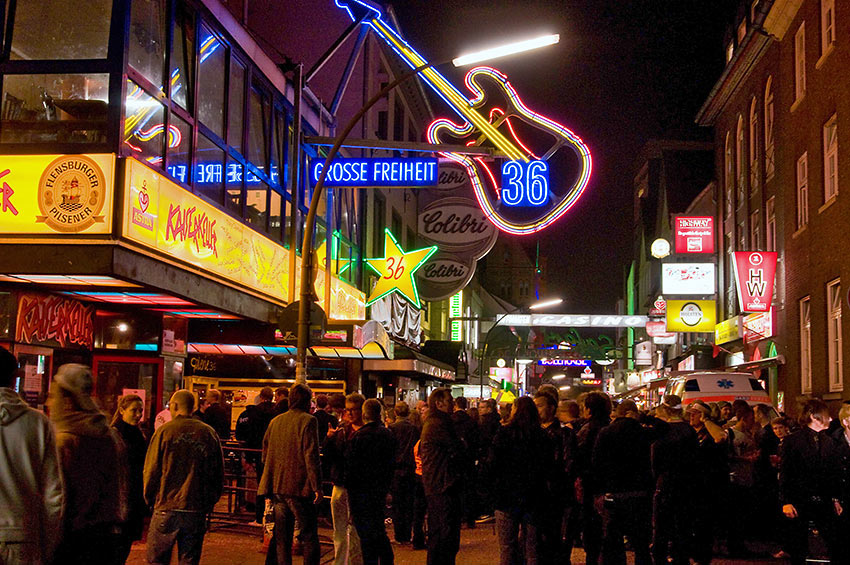 Stroll along the Reeperbahn, have drinks and see where the Beatles perfected their craft, playing 10,000 hours on this street from 1960-62. During the holidays, you can shop at Hamburg’s many famous Christmas markets.

2. Question: What’s one thing the public probably does NOT know about Hamburg?

Hamburg has more bridges than Amsterdam, Venice and London combined!

3. Question: What has Hamburg contributed to the world? 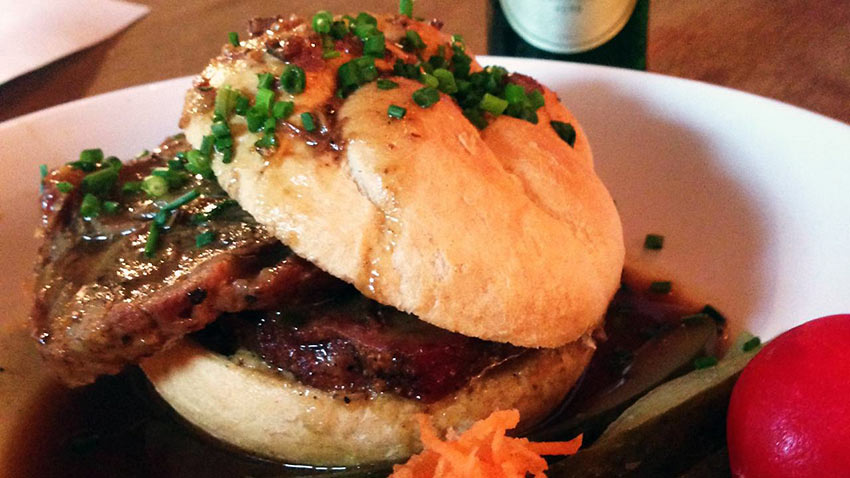 The Hamburger: There are more than one theory and none is proven solely. Many believed the theory that the first hamburger originated in Hamburg as a circular cut of solid beef in a Kaiser roll with brown sauce, the so called “Rundstück warm.” Popular with sailors, they would request it upon arriving in Hamburg’s transatlantic port. When they sailed  back to other destinations they brought this simple creation with them, introducing it around the glove – which, of course,  included the U.S. After it went out into the world, it came back to Hamburg in a modified version, more like a meatloaf – similar to the hamburger today. Proof for this theory would be that in 1842 an American cookbook published a recipe of a ground beef patty under the name Hamburger Steak.

Nivea Crème (Beiersdorf): NIVEA is one of the world’s most trusted skincare brands. It all began in Hamburg in 1911, when the pharmacist and visionary entrepreneur Dr. Oscar Troplowitz recognized the potential in Eucerit, an emulsifier developed by the chemist Dr. Isaac Lifschütz. Eucerit made it possible to bind water and oil into a stable cream, and was first intended for use in the medical field. Dermatologist Prof. Paul Gerson Unna appreciated Dr. Lifschütz’s expertise in his field and introduced him to Dr. Troplowitz, who immediately recognized that the water-in-oil emulsion would make the perfect basis for a cosmetic skin cream. All it needed now was a name. To find it, Dr. Troplowitz didn’t need to look any further than the cream itself. Inspired by its snow-white colour, he called it NIVEA – a name derived from the Latin words nix (snow) and nivis (of snow). Finally, the years of research and creativity had paid off. In December of 1911, NIVEA was launched. Since then, Hamburg has always been the site of the headquarter of Beiersdorf and the biggest production site for the NIVEA crème.

Modern Television: Manfred von Ardenne from Hamburg came up with the idea of using a fast flying spot generated by the Braun tube for scanning images. On Christmas Eve 1930 he achieved the first all-electronic television transmissions with Braun tubes at the transmitter and at the receive. At the 1931 Berlin Broadcasting Trade Fair, Manfred von Ardenne presented his all-electronic television transmissions to the public. According to Walter Bruch, the inventor of colour television, that event was the world premiere of today’s TV technology with electron beams. The year 1931 marks the beginning of today’s electronic television sets.

Cruise Shipping: Hapag-lloyd is one of the largest container shipping companies with strong relations to the Americas. Hapag-Lloyd AG was formed 1970 as a result of the merger of Hamburg-Amerikanische Packetfahrt-Actien-Gesellschaft (Hapag) and North German Lloyd (NDL). But the origins of these shipping lines go back much further: Hapag was founded in Hamburg in 1847 by local merchants and NDL in Bremen in 1857. The lines initially carried mainly European emigrants eager to start a new life in America. The relationship between Hapag and NDL was for a long time something special, for while they were competitors, from the 19th century onwards, they both repeatedly established joint ventures. Under its Director-General Albert Ballin (1857-1918), who is also credited with having invented the cruise, Hapag rose to the top of the world shipping sector around the turn of the century in terms of tonnage, while NDL became the shipping line carrying the largest number of passengers.

Tesa Film: Tesa’s success story begins with the unsuccessful development of an adhesive bandage. Paul C. Beiersdorf, a pharmacist, was at work on the bandage when Dr. Oscar Troplowitz took over the lab from the company’s founder in 1890. The bandage adhered excellently, but was irritating to skin. Troplowitz made a virtue of necessity and, in 1896, launched the first technical adhesive tape. Today Tesa is one of the world’s leading manufacturers of self-adhesive product and system solutions for industry, professional craftsmen, and consumers.

Mont Blanc: The start of the “modern” new century had a simulating effect on inventors and craftsmen. Ingenuity and imagination helped the fountain pen to make its technical and commercial breakthrough as a writing instrument. It was a Hamburg banker, Alfred Nehemias, and a Berlin engineer, August Eberstein, together who recognized the signs of time and decided to produce simplicissimus pens. After a short period of time, Wilhelm Dziambor, Christian Lausen and later Claus Johannes Voss took over the business and thus laid the foundation for the future internationally successful company Montblanc based in Hamburg.

Dynamite: Even though Alfred Nobel came from Sweden, he did the invention in Hamburg in 1866.