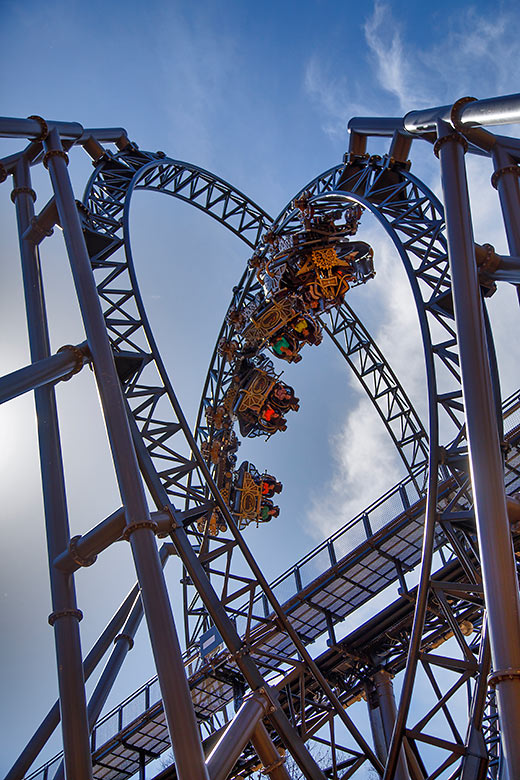 It’s definitely that time of year when kids everywhere start clamoring for that most dreaded of family excursions — the annual trek to a nearby amusement park. Even more so this year because in most states, due to the Coronavirus, they have been inaccessible for so long — and some may remain so throughout the summer. But for those that do open, brave throngs will greet them. Whether it’s King’s Dominion, Six Flags or DisneyWorld, theme parks are among the most sought-after family attractions. Still, the hot sun, long lines and walk-weary kids can turn the most promising outing, even if long-awaited, into a disaster. A little advance planning and theme park strategy can go a long way to ensuring a successful visit to the midway.

July and August, of course, are the busiest months but if you can schedule your visit mid-week, you can still avoid the crowds that descend en masse on Saturdays and Sundays. Although early in spring is always recommended, this year that was not an option. And now since school schedules are up in the air, consider putting off your visit until September, when there are a lot less people to contend with.

Some parks vary their starting times depending upon the number of visitors they anticipate on a particular day. Call ahead of time to see when the gates open, and then get there before then. You’ll start reaping the benefits of an early arrival long before you get to the attractions in the form of empty parking lots and entry gates. If you have older kids, consider a night-time visit; the parks take on a special glow in the evening and the lines are generally shorter — all the better for social distancing. 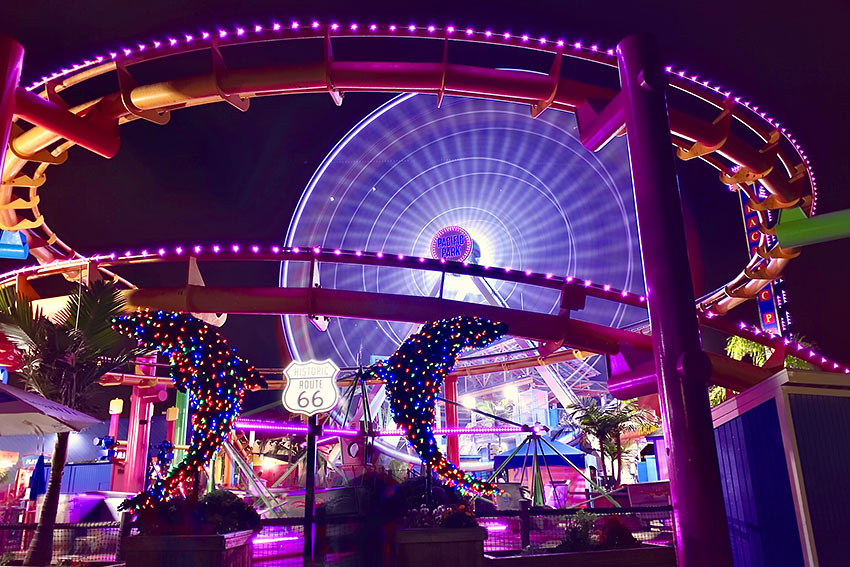 Most people tend to stop at the rides, pavilions and shops they see when they first enter. Resist that temptation; start your day at the far end of the park and work your way back. That way you’ll miss the biggest lines and end up near the exit late in the day when you’re tired and ready to leave.

Lunchtime is an opportunity in disguise. While the rest of the troops are heading for the fast-food stands and restaurants, you head for the rides. They will have traded one line for another while you, if you can wait to eat until later in the day, can avoid both lines. Bringing a snack or a juice pack to keep the kids busy while on line may help temper the long wait. Arriving around dinnertime can accomplish the same thing.

Don’t expect everyone in the family to want to see and do the same things. Get several maps of the park and select the must-see attractions of general interest and plan the order in which to visit them. If part of the group separates to pursue different interests, decide on a definite time and place to meet. Make sure it’s somewhere easy to find and has a name to it, so it can be easily described when asking for directions. 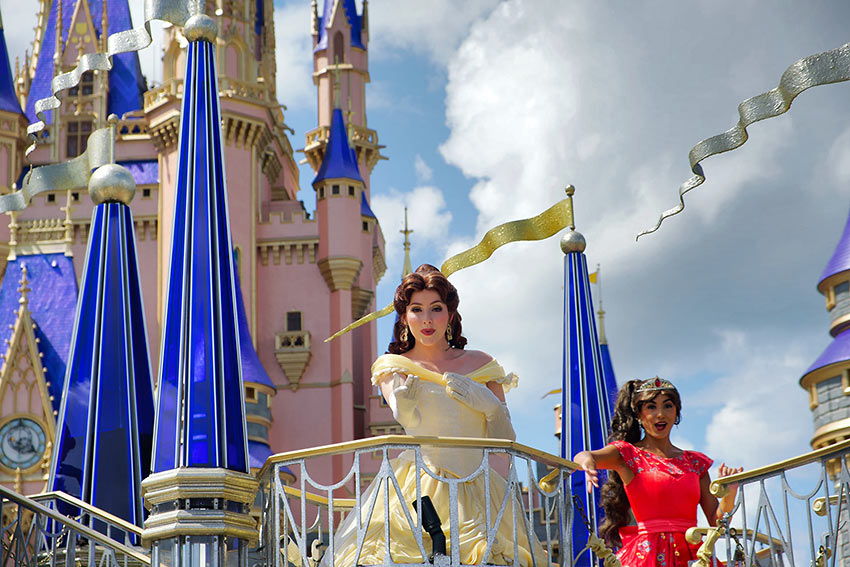 Because there’s so much to see and do, families often try to do more than they have the time or the energy for. Hitting all your favorite rides and shows may seem like a good idea at the start of the day — and a frustrating impossibility by day’s end. Kids especially wilt under a hectic pace and often need some extra time to just relax along the way. Be flexible; and be prepared not to do everything on your list.

Many theme parks rent strollers and wagons for easier transportation that goes a long way to maintaining a young child’s enthusiasm as the day wears on and the child wears out. Dressing in loosely fitting clothes and comfortable sneakers also helps.

With theme park ticket prices skyrocketing almost as high as the roller coasters they entitle you to ride upon, you might give some thought to other ways to save while traipsing around Busch Gardens, Water World or Disneyland. Food at parks, like at airports, is priced according to the captured audience syndrome; you pay their prices or go hungry. Instead, bring a picnic lunch to enjoy on a shaded bench while people watching. 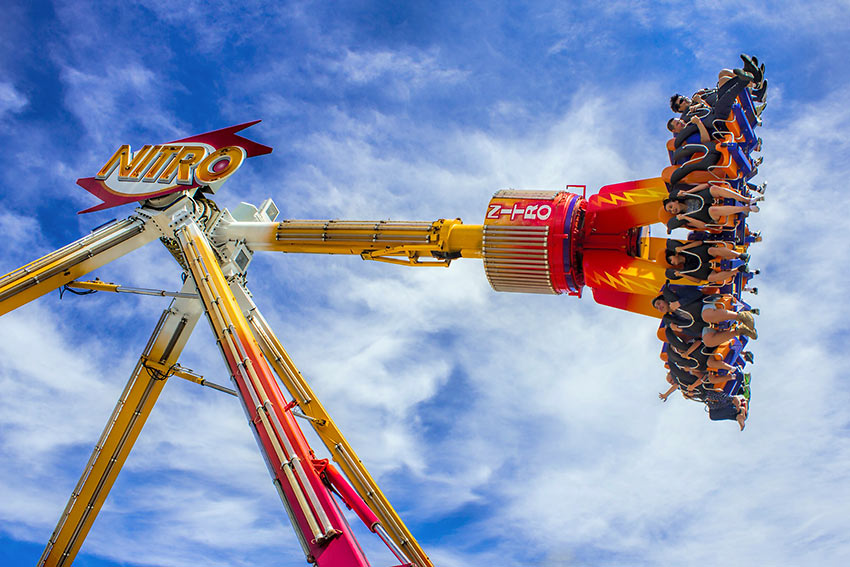 Steer clear of machines, games and arcades that cost extra money. Kids can quarter and dollar you to death so be clear on the ground rules ahead of time. The same for souvenirs. Young children are as happy with a $1 balloon as an $8 hat. If you know you can’t convince your kids to leave empty-handed, try to budget ahead for something you know they’ll want and need, such as a T-shirt or baseball cap. Be sure not to buy those items in the weeks before your trip to the park. And stick to whatever monetary limits you set.

Wait until you get to the park and can check out prices before promising any extra shows or treats. Costly sideshows often sound more appealing than they actually are. Focus instead on free street entertainment such as mimes, jugglers and musical groups. Once again, letting your kids know ahead of time what to expect often diminishes disappointment.  Emphasize all that they are doing and seeing to take the attention away from what they might think they are missing. But be sure to make sure ahead of time that your park of choice is actually open. In these crazy times, things can change quickly.

Anticipate a wonderful time. Be prepared for setbacks. And remember that whatever the realities of the day’s outing, when you hear your children describe it to their friends, it’ll sound just AWESOME!