Lee is a student at a Christian college. He has a PHD, has a masters degree and is a few months shy of his second PHD. He was a dean of a college in Taiwan before moving here to California 2 years ago. His Taiwanese friends thought he was foolish to leave his lofty position just to continue his studies but he felt that God was calling him here. His wife also has a PHD and is going for another Masters degree. In Taiwan the two held several chairmanships. They have one teenage daughter who is very involved in church. Sometimes she is the only one her age in an event but that doesn’t faze her. She’s very well rounded. In fact, academically, she is 3rd in a student population of 400.

My wife and I were one of the first to befriend them the Sunday they stepped in our church. We’ve been friends ever since but it was only this week when I learned about his secret: Lee prays, prays, prays.

He gets up around 5:00 in the morning, half an hour after his wife who is already praying. He joins his wife and they pray. Then his daughter gets up and they all pray. They pray and read several chapters of the Bible every single day. This habit may last 3 hours or more. Then Lee buries his head in his studies. Taking a break only to cook for the family. When night falls, guess what? He prays again! He is a modern-day Daniel of the Bible.

Last year he had a toothache and he didn’t have insurance. So they prayed. A few days later, he was fine. His wife got very sick from (I believe a viral infection). They prayed and a few days later she was fine. Just before Christmas, he asked me if I knew where he could buy a $2,500 car for his daughter who was learning to drive. I thought it was even silly to ask but I did try to find him a car within his budget. All I got from my inquiries was laughter because $2.5K alone was the cost of a car repair. Any car that cheap would be junk. By January he said he found the car — a 20 year old sedan that only had 4,500 miles to it because it belonged to his neighbor, a senior citizen, who only drove it to and from the grocery store.

How would you like to be so close to God that your life is one miracle after the other? I can learn a lot from him. And I beg to disagree. His life is NOT boring. His life is blessed and joyfully unpredictable.

“This is the confidence we have in approaching God; that if we ask anything according to his will, he hears us.” — 1 John 5:14

Thanks to Peter Paul of S. Pasadena, CA  for sharing this joke. 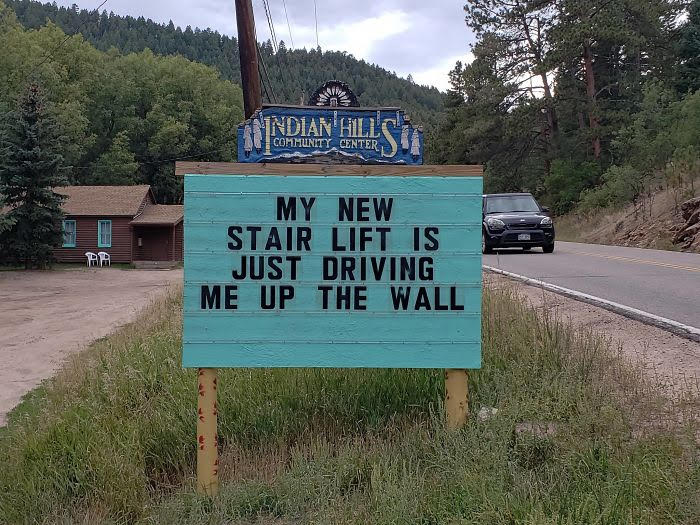 Thanks to Don of Kelowna, BC for sharing this quick video

Assuring Video: God Will Take Care of You

Thanks to Art of Sierra Madre for sharing this video. He recently had surgery and said this was the video that helped him through his ordeal.

Thanks to Tom of Pasadena who sent this joke.

Don't let them take the temperature on your forehead as you enter the supermarket. …