Home Eclectic Stuff The Good, the Bad and the Inedible: T-Boy Writers at the Table

Are we really what we eat? Not sure about that. But judging by the comments of our esteemed travel writers at Traveling Boy, we seem willing to try just about anything from reptiles, bugs  and even some tasty surprises from the far corners of the globe. Please Note: Read at your own risk.

Piranha I Caught in Peru’s Amazon. Eat ‘Em Before they Eat You, My Motto. 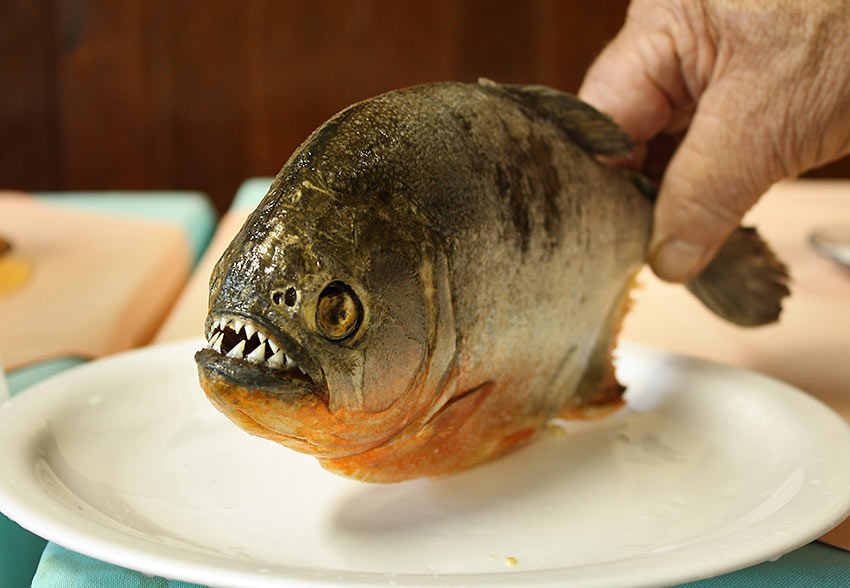 Catching piranha is the ultimate fisherman’s no-brainer, though it does give one pause when taking a quick cooling-off swim in the same spot. The hardest part is hook removal. In the Amazon they use a hand-carved wooden phallus to pry open the mouth and hold the jaws open so one keeps one’s fingers.  It’s not the easiest image to get out of one’s mind. Here’s the occasion that took me there. The primary spice on my fish was a local pepper called Aji Pinguita, loosely translated to little monkey-dick, nine on the hotness schedule. The piranha were an interesting prelude to the quest that came after. We also ate varieties of catfish, of which there are a zillion species (at least over 1,300) in the Amazon, from armored ones that can waddle from one stream to another to ones big enough to swallow a small pig to the dreaded 5 mm candiru.

101 Things To Do with Cockroaches 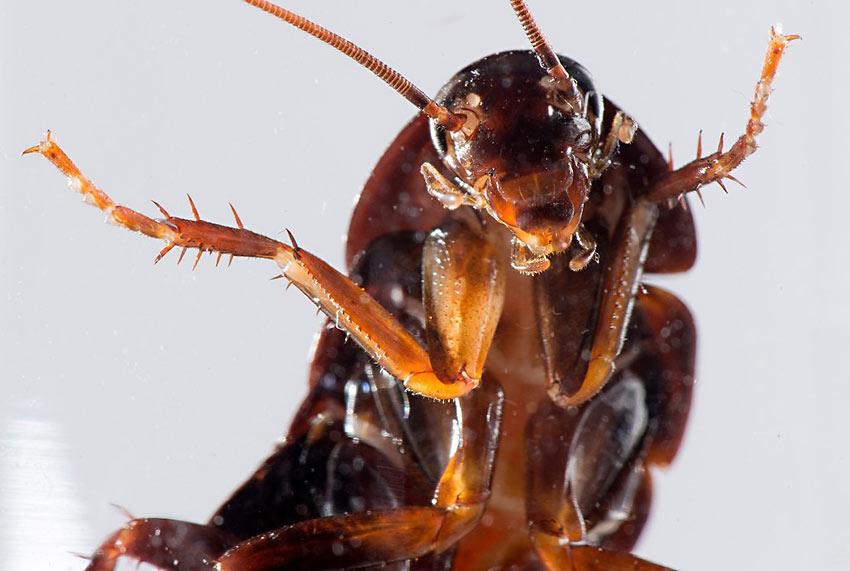 I am thinking of a filthy, disgusting creature that wasn’t invited into your home and just won’t go away.  No, this is not a lawyer joke nor am I thinking about your uncle.  Because of the types of places I have gone, particularly third world destinations, war torn countries and disaster sites, I have come to expect cockroaches to be one of my traveling companions or at least my welcoming party. But at least let me begin with some good news. There are no cockroaches in Antarctica. If I come up with anything else I will let you know. 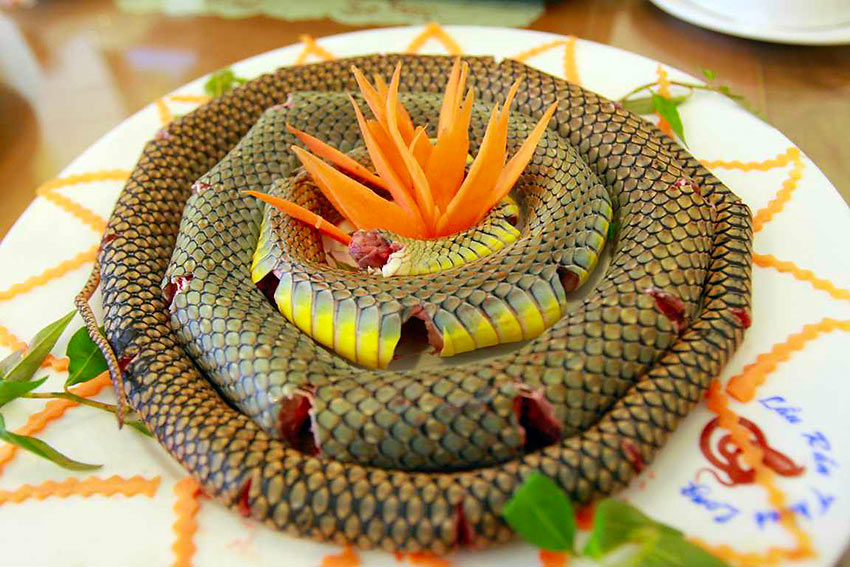 I was on assignment in Northern Arizona and booked at a hotel where a Native American Executive Chef was working. A confused Rattlesnake slipped into the kitchen and met his demise. A small piece of grilled rattler tasted like chewy chicken. I felt sorry for the snake and for sure that was my first and last snake tasting experience.

For me, traveling to a destination is to immerse myself in the local culture. This includes, of course, sampling regional cuisine. On a recent press trip to Mexico City, I stumbled upon a restaurant that specialized in pre-Columbian food items. When I saw the Aztec dish of Fried Grasshoppers on the menu, I knew it was to be a match made in happen. Yes, they were crunchy, but also a strong source of protein. Slipping them into a tortilla, slathered with guacamole (the avocado also from Mexico) and a little salsa, made my dining experience a delightful pleasure. And, of course, everyone at my table wanted a taste of the critters before their transition into the tortilla. It proved to be nice moment of bonding with my fellow travelers. 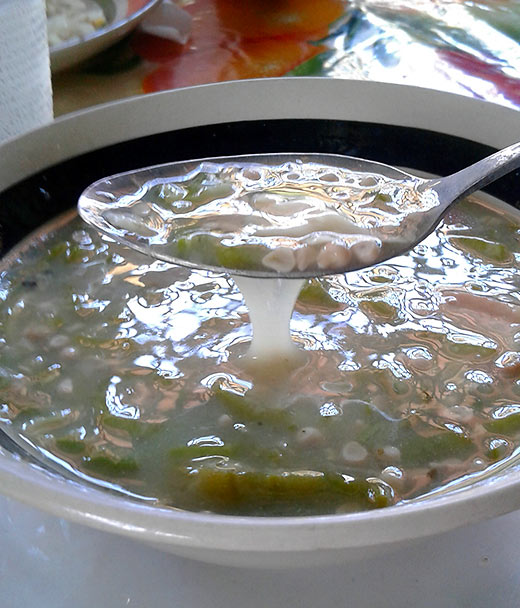 Its base is the typical combination of pork and beef broth served to locals in Curacao, with shrimp and some fish added, then thickened to an almost mucous consistency with lots of okra. My table companions turned their noses up at the delightfully fragrant bowl of soup because it was a thick as honey and stickier. It looked most unappetizing. I learned that to eat it, the trick was to rotate my spoon in circles on the viscous surface, slowly raising it to break the bonds of the slimy, clingy liquid. Still, strings like melted mozzarella on a pizza slice stretched with the spoon to my mouth in a sticky web bursting with flavor. If the okra soup wasn’t so good I wouldn’t have worked so messily hard to finish it. 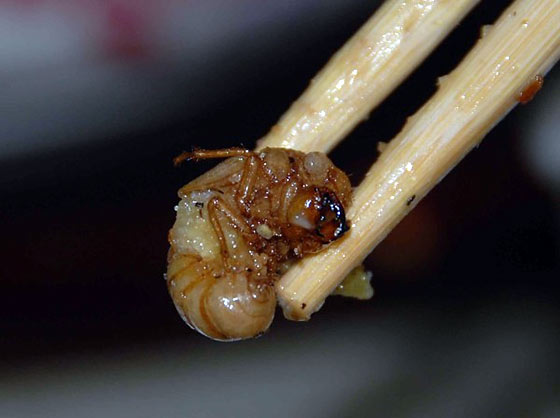 Fried bees are a delicacy in China but I was still surprised to find a plate of them on our banquet table. Having already tasted duck feet webbing and grimaced at some jellyfish, I figured how bad can a fried bee be. But when I picked one up with my chopsticks, I demurred. I just couldn’t bring myself to eat something with whom I had just made eye contact. I blinked first…. 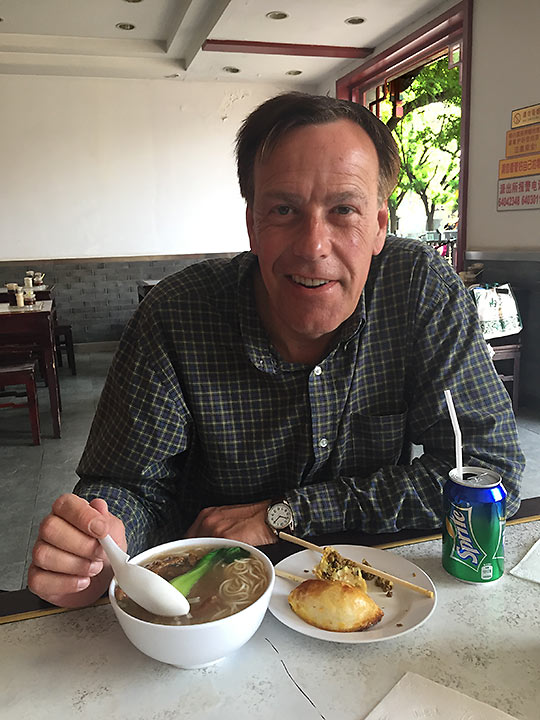 A Simple Bowl of Soup in Beijing

This is not the strangest food I’ve ever encountered on a trip. I’ve had snake in China, whale in the Faroe Islands and kangaroo and crocodile in Australia. But none of those were actually that exotic tasting. But one of the most surprising things I ate earlier this year was a simple bowl of soup noodles in Beijing. I was on a 10 hour layover there and decided to take a city tour of the Forbidden City. Arriving at 5:00 am from an overnight flight from Kazakstan, I spent the next five hours on a tour of the city. By late morning I was exhausted and most of all famished. The tour included a ‘traditional Chinese breakfast.’ I was ecstatic when I found out it was one of my favorite things: soup noodles.  I was led into a modest traditional restaurant where I was the only foreigner and the guide helped me order a traditional bowl of noodles.  Ready to savor the meaty broth and thick satisfying noodles, I tucked in… and it was tasteless. It tasted exactly as if you added boiling water to top ramen without the flavoring packet: limp noodles in hot water. I tried to add some spice to get some flavoring out of it but was admonished by the guide. No, we do not eat spicy for breakfast. I gave up after that, and thought I’d settle for tea. Oh, no, my guide told me. We do not drink tea for breakfast. So what did they have? A sprite. I know, I know: I was just another barbarian visiting the Imperial City. The city’s tastes were obviously much too refined for me.

When I was still in the Philippines, we had a friend who came from the Ilocus region (which is the northern most part of the Philippines). The Ilocanos (as they are called) are known for their industrious spirit and frugality. They survive even the worst drought. It is no surprise that they have this delicacy. I had never heard of it. One day our Ilocano friend received a gift from home – a jar of black juice with insects swimming inside. When I asked what it was, she readily handed me a soft, fermented grasshopper. The soup had the consistency of dirty water on its early evolutionary stage to becoming oil so it had the darkness of used motor engine oil. It smelled awful like soaked forgotten socks but my friend was excited to see me taste her favorite snack so how could I refuse? I took a bite and ripped its crunchy head off. It tasted like mowed grass dipped in a sewer. It wasn’t spicy – so there was nothing to deaden the taste. It was simply repugnant. I chewed it a couple of times hoping there would be a redeeming flavor in the mix. None came. I imagined its tiny antlers and little legs scurrying excitedly at their new home. I retched it out. My friend laughed. I had to gargle. Worst food in the planet.

My dream was about to become a reality. Based in Los Angeles, I was used to taunts from my otherwise wonderful East Coast friends, who were never shy about battering me with people in Southern California don’t know what REAL pizza is. Though I had eaten my way through New York, Boston and Philly in the past and had sampled their delicious pies – I would ask my friends countless times why it was a REAL pizza and others were not. The standard reply was It’s just better.

Now, as I stood on the shores of Naples, I was about to experience the real REAL THING. I had prepared myself with plenty of research for this sacred occasion. The word pizza was first documented in AD 997. Baker Raffaele Esposito from Naples is often given credit for creating the first such pizza pie. Unlike the wealthy minority, Neapolitans required inexpensive food that could be consumed quickly. Pizza, sold by street vendors or informal restaurants, met this need. The early pizzas (known to the world as Pizza Napoletana) consumed by Naples’ poor were prepared with simple and fresh ingredients: a basic dough, San Marzano tomatoes, grown in the volcanic soil of Mount Vesuvius, a splash of olive oil and some salt with no cheese, basil and fancy toppings. The pie was then baked in a wood-burning oven made of volcanic stones from Mount Vesuvius.

My friend and I really love hot food. It was 1987 and we were on assignment in Southern India with a group called The Bible League. We had visited remote villages in the interior and had returned to Andhra Pradesh and needed a rest. This particular region of India has the reputation of having the spiciest and most deadly cuisine on the continent. Dog and I (yes, his nickname is “Dog”) were looking forward to a good meal. We needed a break from the village food, especially the rancid Ghee we ate sitting on dirt floors with cats crawling on our food. By the way, Ghee, when it is fresh, is clarified butter but Indian Ghee that has aged in the heat for years sitting open on a shelf has the flavor and texture of dog vomit so we were ready for a change of diet. It was good to get back into a city.