Depending on who you talk to, you will be getting different perspectives about COVID 19 (ie. a strain of the Corona Virus [named after the pointed crown shapes of this particular virus seen under a microscope] CO for Corona, VI for Virus and D for disease … I like to think of it as the Virus ID number 19). News junkies seem to be more worried than the regular folk.

Last year, May 1, started a new era in Japan called Reiwa when Emperor Akihito abdicated his crown for his son. Reiwa means “auspicious, peace, harmony and fortunate.” The Japanese can call it anything they want but so far this 1st year of Reiwa is hardly fortunate because with the Corona virus, years of expensive preparation for the 2020 Olympics in Tokyo may be all for nothing. Reiwa is no match for the Chinese zodiac.

Did you know that 2020 is the year of the RAT — the creature blamed for the Bubonic Plague which started in 1345 (also the year of the rat) and spread the next year to Europe?

Did you know that the first victim of the virus here in the US, an unidentified 30 year old, who had just visited Wuhan, China, comes from Snohomish County, Washington which is about an hour away from Redmond, WA and that he worked for Microsoft? That’s why they do not want to reveal his identity — Microsoft is afraid of legal liabilities.

Lastly, did you know that I just made up everything above?

Rumor mongering. Sprinkle a little fact and embellish them with a juicy narrative and boom! You’ve got a fresh rumor! It’s so easy to make one up … especially in this day and age of the internet and the world of fake news.

No wonder people are panicking. They believe everything they hear. The US has enough food (and toilet paper) to take care of everyone and yet the grocery shelves were empty when I went to buy bananas 3 days ago. (At least I was able to buy the most important thing — ice cream!)

Some 2 thousand years ago, Jesus had been performing miracles and been giving amazing teachings. Rumors started to spread. People made a lot of assumptions and they spread their rumors about him. At one point Jesus asked Peter who the people said he was. Peter answered: “Some say John the Baptist, others say Elijah, and others Jeremiah or one of the prophets” [Matthew 16:30]. In other words, people were saying Jesus was the reincarnation of their dead heroes.

Jesus then asked Peter a more direct question: “Who do you say that I am?” If you know the answer to that question, you’ll know that Peter gave the right answer. It wasn’t something he logically concluded but it was a profound answer from God above. Some questions (like who is God) can never be answered from human logic but from divine intervention.

Jesus denounced the cities where most of his work had been done because the people did not repent of their sins. It was business as usual. But Jesus, still with outstretched hands, offered his peace — “Come to me, all who labor and are heavy laden, and I will give you rest. Take my yoke upon you, and learn from me, for I am gentle and lowly in heart, and you will find rest for your souls. For my yoke is easy, and my burden is light.” — Matthew 11:28-30

Is it business as usual for you? Or are you pondering your mortality? Who do you say Jesus is? Have you found rest?

Help those who are in trouble but keep safe. TGIF people!

Thanks to Peter Paul of S Pasadena, CA  for sharing this joke.

Warning: this may seem insensitive to some.

Thanks to Don of Kelowna, B.C. for sharing this video taken from the long-running TV sitcom Cheers.

Thanks to Art of Sierra Madre, CA. for sharing this video about the odd history of the humble toilet paper. Isn’t rather odd that this is the one product that Americans are scrambling for during this pandemic? As some wise man said: “This confirms that there are more A*** than we thought we did.”

Did you know that the Romans shared a sponge at the end of stick for doing their business?

Of course in Asia, they don’t have this shortage because most of them wash instead of wipe. It’s actually more hygienic.

Thanks to Naomi of N Hollywood, CA who sent this joke. 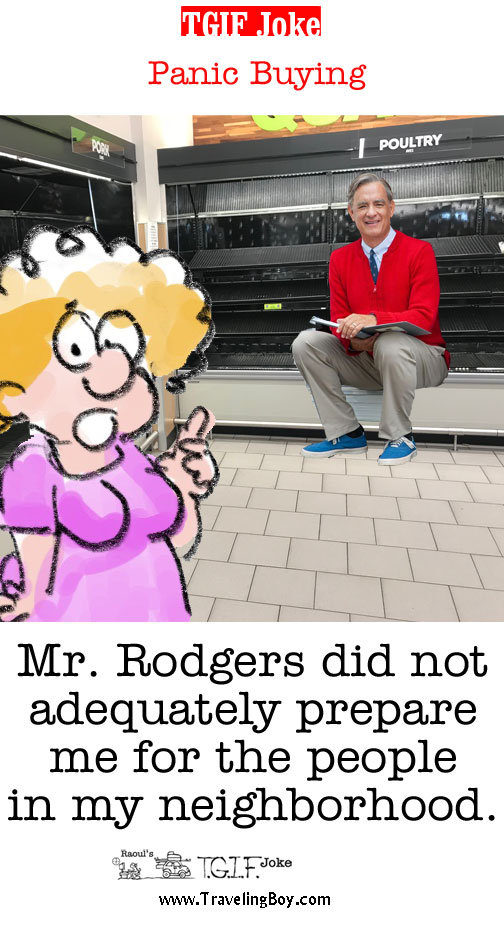 Thanks to Chuck of Whittier, CA who sent this joke. 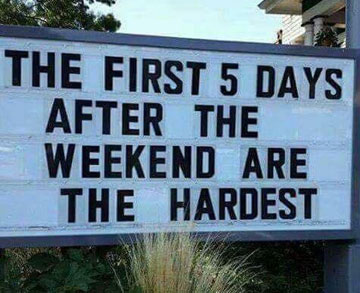 Thanks to Mike of New York who sent this joke. 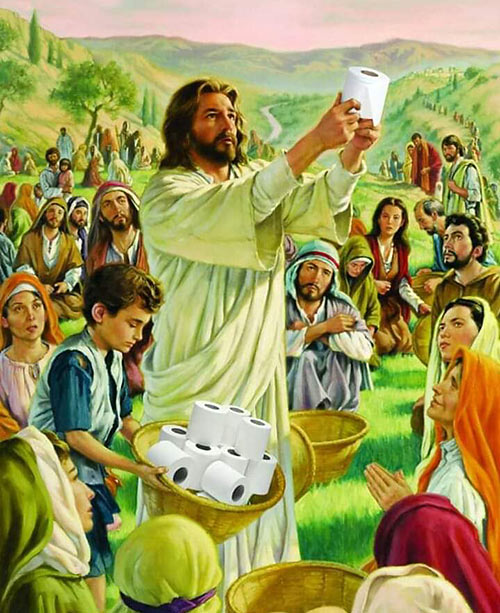