This email is late. I thought I had set it to go out at midnight PST but in my weariness, I forgot to schedule it properly. Sorry about that. Especially to you subscribers who live in the other side of the world. So here’s me doing catch up.

Someone recently asked me if I needed a ghost writer for this email blast. She didn’t know I do everything. I do the collecting, the writing, the illustration — everything … and every Friday. I’ve been doing this for almost 20 years now … 17 years!!! It started with a group of former office mates from my old job (after I was laid off due to the recession). Someone sent me a joke and I enhanced it with my illustration. Then they said I should share it to more and then it just grew. At first it was purely jokes. Then, when Youtube came around, I added funny videos. Then I did a little commentary (like this one). Now this email goes around the world in every continent (except Antarctica … at least to my knowledge) and to many religions and other belief systems. I know I share a lot about my faith and I hope people understand that this is just my perspective. I do not claim to know more or be better than anyone. I do invite other perspectives and you may read some when this email is eventually posted in Traveling Boy (which, I believe, is one of the best online Travel blogs run by my dear creative friend Ed Boitano).  Sometimes I do get into more in-depth conversations but, mostly, I do it on the side.

Why do I do it? Because I can. I dunno. Sometimes I ask myself that question too. This is an ongoing experiment which should have stopped years ago. I do spend considerable time to prepare each week. It sounds like a job but it isn’t. I don’t get paid for this. Sometimes I do get job leads but this isn’t the purpose. I do get pleasure knowing that I’ve touched someone who needed to laugh or who was wrestling with some issues. One big reason is because I pray for you guys. I really do. I pray that whoever reads this will be blessed in some way. When people ask for prayers, I really do spend time asking for heavenly intercession. I’ve prayed with a British nurse who was searching for guidance, a soldier in the middle east who missed his family, several who have lost their jobs or were in the middle of a divorce, lots of people in mourning, lots of intellectuals, lots of spiritual leaders but mostly just regular folk.  It’s like touching people’s souls. Most of you I will probably never see in person. Maybe when we all get to heaven, we will come to a TGIF party and share this Friday experience.

This wasn’t my topic last night. I only share this since I have this opportunity. I share this because I want you to do something more with your time during this lockdown. Instead of binge watching and adding the pounds, why not start something you enjoy? Something you’ve always wanted to do but always had work getting in the way. We’ve already seen those creative videos (more below). Start your own experiment. It might grow into something beyond your wildest imagination. Don’t call it a dream … call it a plan.

Let’s keep our distance and keep our sanity and hold on to our faith. TGIF people!

“Clothe yourself with compassion, kindness, humility, gentleness, and patience.” — Colossians 3: 12

Thanks to Don of Kelowna, B.C. for sharing this joke.

Thanks to Naomi of N Hollywood, CA for sending this video made by her personal friend, Paula.

Thanks to Don of Kelowna, B.C. for sharing this video. When you’re stuck at home, your creativity goes up a notch.

Video: When the Rolls Are Back in Walmart

Thanks to Don of Kelowna, B.C. for this performance of an old hymn.

Thanks to JJ of the Philippines for sharing this quick documentary of a famous actor born in poverty and never got accustomed to his riches. Bless his generous spirit.

Thanks to JJ of the Philippines who sent this puzzle. I know of a kid who solved it in 10 minutes. 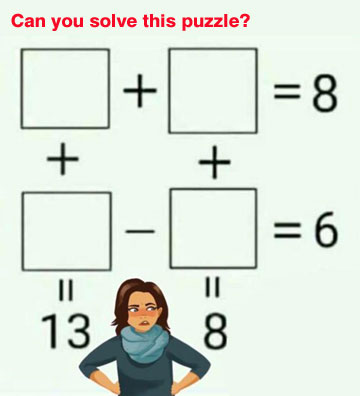 Thanks to Mike of New York who shared this picture: 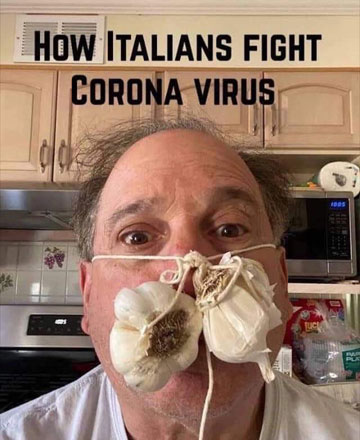 Thanks to Rodney of Manitoba, B.C. for this face: 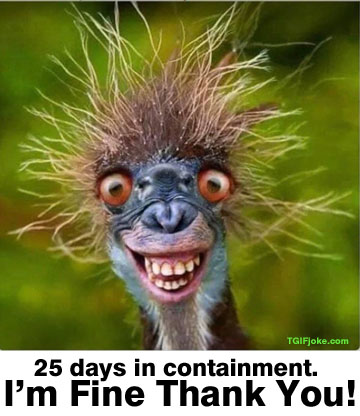 This will be short. I need to get back to our movie. …