Hosts Jim Gordon and Leeta Liepins ask Ms. Kent compelling question about her life as a musician during the Covid pandemic. Her answers are profound and thought provoking.

Global Rescue: Going into the Wilderness

Spring is here and people restless from the pandemic protocols will start hitting the trails, pitching camp site tents, and exploring the great outdoors.

“Going into the wilderness means you are entering some level of a survival situation. There are many emergencies and contingencies in the backcountry that do not have a medical requirement. For these instances, you need survival equipment,” said Harding Bush, a former Navy SEAL and the senior survival instructor at the U.S. Navy Survival, Evasion, Resistance and Escape (SERE) Course in Rangeley, Maine.

What to Pack in a Survival Kit

Asian Americans were already worn down by a year of pandemic-fueled racist attacks when a white gunman was charged with killing eight people, most of them Asian women, at three Atlanta-area massage parlors.

“It didn’t help with former president Trump referring to the COVID-19 pandemic as the Kung Fu virus. Recently there were seven propaganda incidents with direct anti-China references to COVID-19.” – Ed Boitano

Hundreds of Asian Americans and Pacific Islanders turned to social media to air their anger, sadness, fear and hopelessness. The hashtag #StopAsianHate was a top trending topic on Twitter hours after the shootings that happened Tuesday evening.

Extreme Places: A Night in an Ice Hotel Video

Europe at its most extreme: the series “Europe to the Maxx” in DW’s lifestyle and culture magazine “Euromaxx” makes Europe’s superlatives experienceable ― from extraordinary architecture and spectacular landscapes to unique cultural phenomena. Accompanying the series, the book “111 extreme places in Europe that you shouldn’t miss” was published in cooperation with Emons Verlag. An alternative travel guide, both informative and entertaining. For avid travelers, fans of Europe and anyone who likes to show off with unusual pub quiz trivia. Full of guaranteed record breakers!

But first, what is a Film Noir?

The term film noir, French for ‘black film’ (literal) or ‘dark film’ (closer meaning), was first applied to Hollywood films by French critic Nino Frank in 1946, but was unrecognized by the Hollywood establishment of that era. Marked by a mood of pessimism, fatalism, and menace; its style is often characterized by cynical heroes, stark lighting effects and set design, intricate plots, and an underlying existentialist philosophy.  Highly influenced by German Expressionist cinema of the 1910s and 1920s, film historians generally define the genre retrospectively, focusing primarily on American crime dramas of the post-World War II era.

The fluffy flour-based pancakes that American’s have come to love at breakfast time (or for brinner) just aren’t found abroad. French crêpes are too thin. The Japanese version (okonomiyaki) is too thick and most often topped with savory things like meat, seafood, and cabbage.

Mabel Ping-Hua Lee fought for the rights of women on two sides of the world.

In 1900, at a time when the Chinese Exclusion Act of 1882 banned most Chinese immigration and reflected a climate of deep anti-Asian prejudice, 9-year-old Mabel Ping-Hua Lee came to America from China on a scholarship to attend school. At 16, she would cement her place in women’s suffrage history, helping to lead a storied New York City march.

But while she fought for women’s voting rights, she herself would not be eligible to cast a ballot for decades after the 19th Amendment was ratified in 1920. That’s because the Exclusion Act prohibited Chinese immigrants from obtaining any rights of American citizenship.

Extreme Places: A Night in an Ice Hotel

Spending a night in ice and snow is possible in the far north of Europe. The “Icehotel” in Jukkasjärvi, Sweden, was built back in 1989, making it the first of its kind ― and therefore part of our “Extreme Places” series.

A visit to an ice hotel isn’t exactly the first choice if you prefer to spend your holidays under palm trees in warmer climes. But if you can manage to overcome your fear of freezing, you’ll be rewarded with a unique natural experience.

Midnight on the Great Western

In the third-class sat the journeying boy,
And the roof-lamp’s oily flame
Played down on his listless form and face,
Bewrapt past knowing to what he was going,
Or whence he came.

In the band of his hat the journeying boy
Had a ticket stuck; and a string
Around his neck bore the key of his box,
That twinkled gleams of the lamp’s sad beams
Like a living thing.

What past can be yours, O journeying boy,
Towards a world unknown,
Who calmly, as if incurious quite
On all at stake, can undertake
This plunge alone?

Knows your soul a sphere, O journeying boy,
Our rude realms far above,
Whence with spacious vision you mark and mete
This region of sin that you find you in
But are not of? 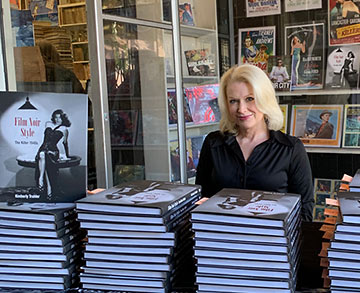 With more than twenty years of study in film and fashion history, Kimberly Truhler is an author, educator, guest speaker, and host of screening series on the history of fashion in film. Her latest book, Film Noir Style: The Killer 1940s, should be on the top of the list for all cinephiles and lovers of Films Noir. 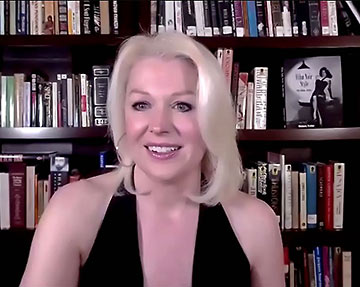 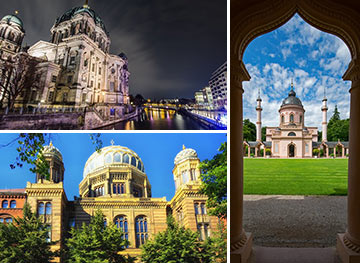 Protected: See the World in February with Traveling Boy